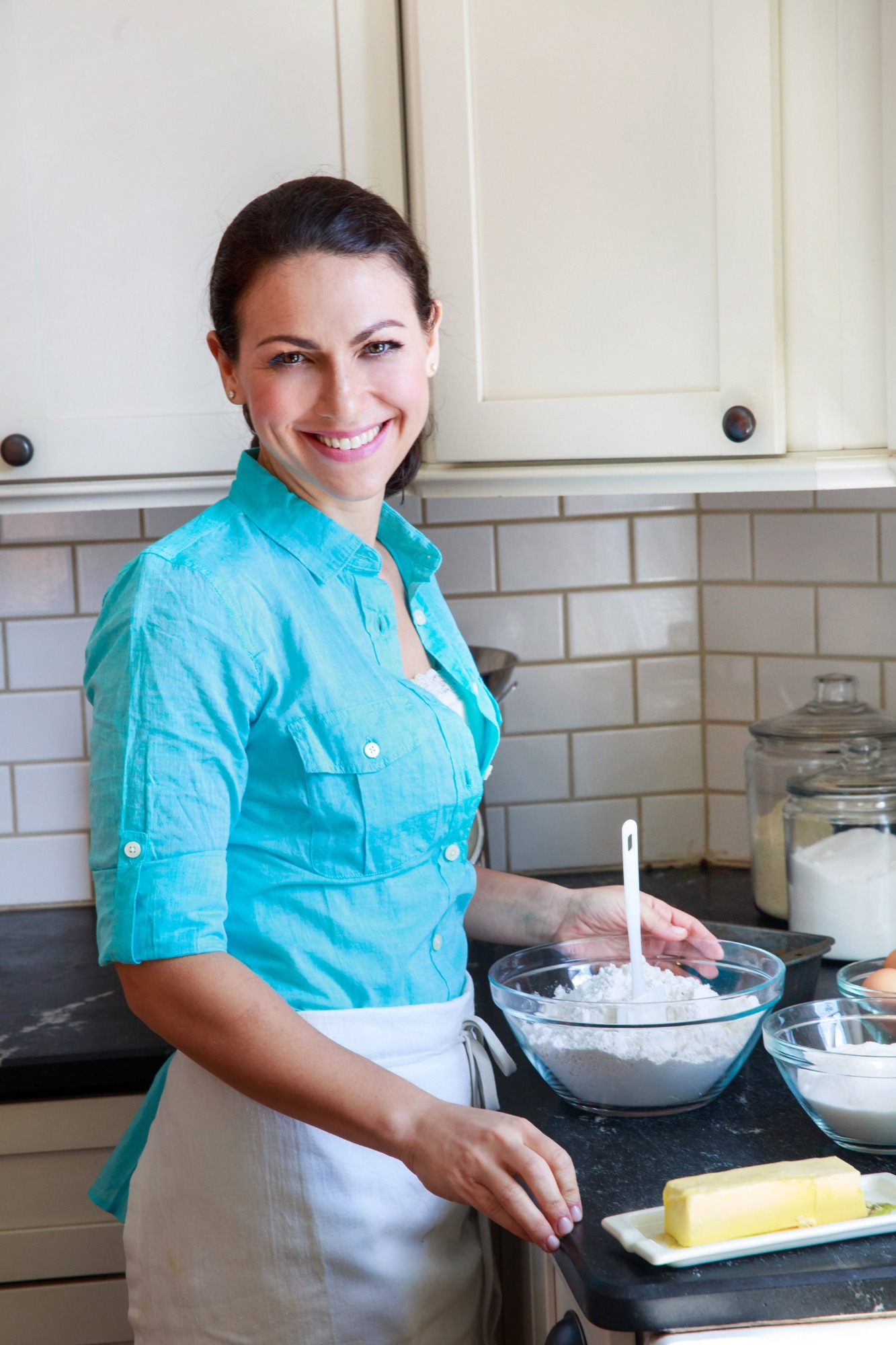 Elisa Strauss founded Confetti Cakes in 2000.  She is a graduate of Vassar College and The Institute of Culinary Education, where she received a degree in pastry and baking arts.  Elisa also spent one semester studying at the Art Institute of Chicago. Prior to culinary school, she worked as a designer for Ralph Lauren. In fact, it was a cake she made for Ralph (in the shape of a Bugatti, his favorite sports car) and the heaps of praise it received from fashion industry notables that inspired her to bring her design talents to the kitchen full-time. Her creations have appeared on the Today show (one of her cakes was selected as the winner of the “Today Throws a Wedding” series), Sex and the City (she made Charlotte and Harry’s wedding cake during Season Six), The View and Martha.  Elisa has also been featured on The View, and has appeared over ten times on the Food Network, including the “Extreme Cake Challenge” where she won the grand prize.  Confetti Cakes has also been featured in InStyle, Martha Stewart Weddings, Marie Claire, Seventeen, Elle, Vogue, Modern Bride, New York, BRIDES, Elegant Bride, and The Knot. And in 2008 was selected as one of America’s Top Ten Pastry Chef’s in Pastry Art and Design.

In 2010, Elisa stopped making cakes for clients to focus her business on online tutorials, teaching, product design and special consulting projects.  She’s busier than ever working with manufacturers, culinary schools, and television producers.  In addition to her work in the kitchen she is an active board member and supporter of Icing Smiles, an organization that provides critically ill children with custom cakes. She also serves on the advisory council at The Institute of Culinary Education.

Elisa lives in Larchmont, New York with her husband and three children.